by The Body / Sandworm 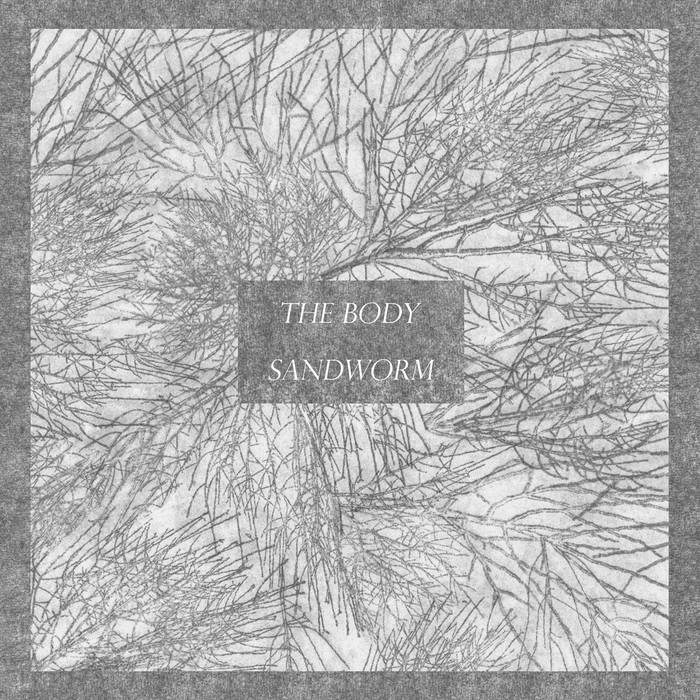 The Body and Sandworm are two bands with roots in the Providence underground that take unbridled negativity and spin it in opposite directions. The Body, legendary in both underground extreme music enclaves and the wider community of metal fans, are masters of expansive expressions of pure sadness that incorporate sounds and instruments far beyond what is typical in the realm of heavy metal. Sandworm is the young and hungry duo of Ben Eberle and Pat Reilly, bursting out of the gate on this, their first proper release, with a collection of raw and elemental black metal. On several songs they are joined by Mindy Stock of Virusse on drums. The contrast between the corrosive guitars and concise blasts of energy that Sandworm offers up and the grisly, detailed sprawl of the side-long track “The Manic Fire” by The Body displays the diversity of the Providence scene and amplifies each band’s unique abilities to create meaningful expressions of darkness and anger.

The Body and Sandworm have been friends for a long time. Ben met Lee Buford and Chip King when he was 17, and has hardly missed a single show the Body has played in Providence, which could amount to over 100 shows. He also contributed vocals to the two most recent albums by The Body, Christs, Redeemers and I Shall Die Here. Pat worked at the Providence pizza place and main hang Nice Slice with Lee, and played viola on The Body’s 2010 album All The Waters Of The Earth Turn To Blood. Both The Body and Sandworm recorded their contributions with Seth Manchester and Keith Souza at Machines With Magnets, one of Providence’s most respected studios and performance spaces.

The Body and Sandworm will play shows together and apart throughout September and October. Though The Body are road veterans and have been touring the US for over a decade, these shows will be the first Sandworm tour outside of New England.

Bandcamp Daily  your guide to the world of Bandcamp

Featuring Gary Bartz, 5 years of Rhythm Section Intl and an LP of the week by Nicolas Jaar